Redactor 3 is here! Learn more about the configurator and dozens of new features and improvements. 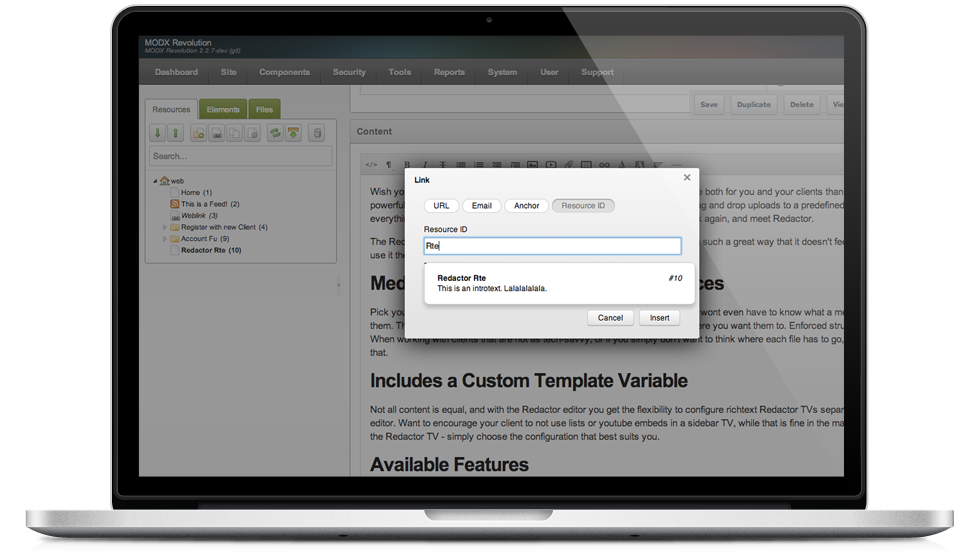 The page you're currently looking at contains information related to Redactor 1.x. Please visit Development for the relevant information for Redactor 2.x.

This page contains the changelog for the modmore Redactor package. Some of these releases have only been available through the Pre-releases Channel in the package provider, which is indicated per release, while others are distributed to everyone. To receive Pre-releases, enable it for specific API Keys in your account.

Welcome to Redactor 3. A refreshed and modernised take on the rich text editor.

This is a major release and paid upgrade for users of Redactor 2. Learn more in the release announcement: https://modmore.com/blog/2020/redactor-3/

Some of the highlights in Redactor 3:

Redactor 2 is here! For the full details of the 2.0 release, please check the changelog for Redactor 2.0.0-rc2 below,

or visit the blog for the official announcement.

Redactor for MODX v2 is here! Our second major release of Redactor is based on v10.2.2 and ships with a lot of new features and improvements.

Includes plugins as of Redactor 2.0: